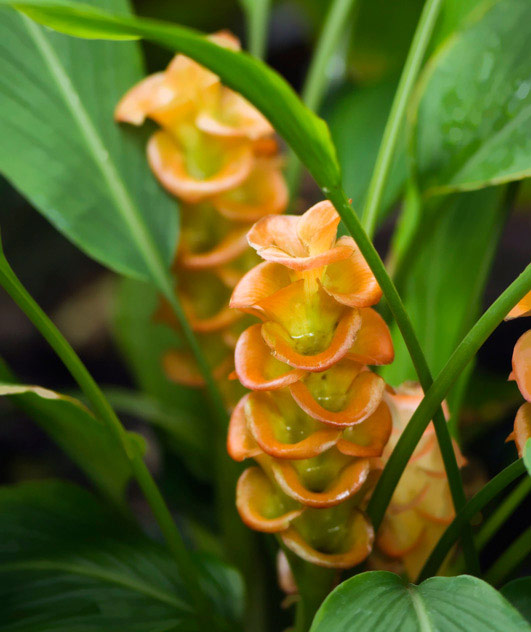 Curcuma longa (turmeric)Curcumin (Diferuloylmethane) is a yellowish natural substance and the lead substance of curcuminoids. It is found naturally in high concentrations in the rhizomes (rootstocks) of Curcuma longa L. Principally native to Eastern India, it is also known as “yellowroot”, “curcuma” or “common turmeric”. It belongs to the ginger family (Zingiberaceae) and is a perennial herbaceous plant, approx. 1 metre in size. Today the plant is cultivated predominantly in India and China but also in other tropical and subtropical areas.

The curcuma powder extracted from the rhizomes has been used in southern and eastern Asia for more than 2000 years as a spice in food (important ingredient in curry) and a yellow dye (saffron substitute). The plant is also an integral part of ayurvedic medicine. The herbal drug was brought to Europe back in the 14th century by English and Spanish sailors. Curcumin is currently the focus of biomedical research, recognisable from a rapid increase in relevant specialised publications.