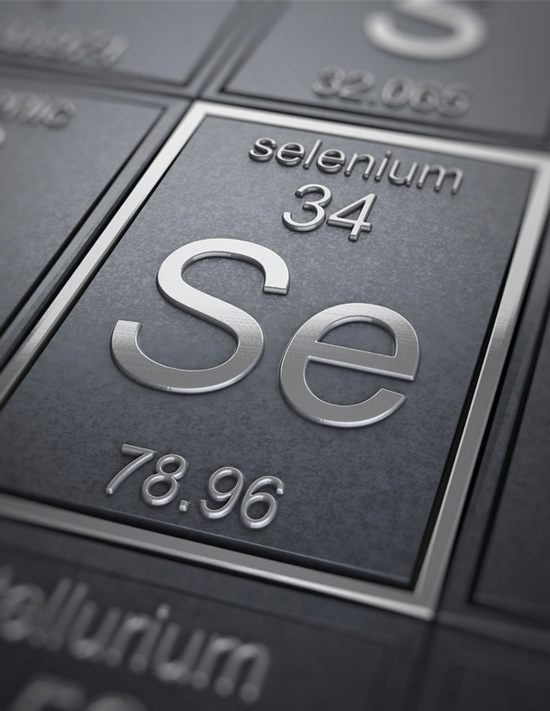 Selenium – the trace element for cell protectionNamed after the Greek god of the moon Selene (Greek: σελήνη: Selene), the trace element selenium (chemical symbol Se) belongs to the group of chalcogens (“ore creators”) and it was discovered by the Swedish chemist Jöns Jakob Berzelius (1779-1848) in 1817. In the inanimate natural world, selenium is mostly found as an alloy of sulphurous ores, known as metal selenides. Of biomedical significance are the following selenium forms:

An adult body's overall stores fluctuates between 10 and 15 mg and is ubiquitously spread throughout the human body. The tissues in the thyroid, cortex, pancreas and liver exhibit particularly high concentrations. Selenium is a component of around 25 selenoproteins in the tissues. It therefore plays a range of essential roles in the body: